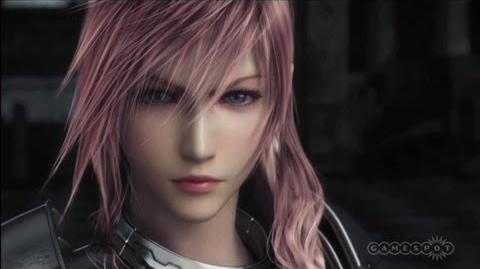 "I thought of retiring from the game industry and I created Final Fantasy as my final project. That's why the title includes the word 'final' but for me, the title 'Final Fantasy' reflects my emotional state at the time and the feeling that time had stopped."—Hironobu Sakaguchi

Final Fantasy (ファイナルファンタジー, Fainaru Fantajī) is a popular series of role-playing games produced by Square Enix (originally Square Co., Ltd.). It may be the most widely distributed game series of all time, including both standard console games and portable games, two massively multiplayer online role-playing games, games for mobile phones.

The first installment of the series premiered in Japan in 1987, and Final Fantasy games have su

bsequently been localized for markets in North America, Europe and Australia, on several modern video game consoles, including the Nintendo Entertainment System, the MSX 2, the Super Nintendo Entertainment System, the Sony PlayStation, the PC, the WonderSwan Color, the Sony PlayStation 2, IBM PC compatible, Game Boy Advance, Nintendo GameCube, PlayStation Portable, Xbox 360, PlayStation 3, and Nintendo DS, as well as several different models of mobile phones. It is Square Enix's most successful franchise, having sold over 100 million units worldwide as of June 7, 2011.

As of 2012, fourteen games have been released as part of the main (numbered) series, but in total the Final Fantasy series includes numerous spin-offs, sequels, and subseries. It currently ranks as the second-best selling RPG series ever, and the ninth-best selling video game series in the world.

released elsewhere until a Nintendo DS remake in 2006.

The PlayStation console saw the release of three main Final Fantasy games. The 1997 title Final Fantasy VII moved away from the two-dimensional (2D) graphics used in the first six games to three-dimensional (3D) computer graphics; the game features polygonal characters on pre-rendered backgrounds. It also introduced a more modern setting, a style that was carried over to the next game. It was also the first in the series to be released in Europe. The eighth installment was published in 1999, and was the first to consistently use realistically proportioned characters and feature a vocal piece as its theme music. Final Fantasy IX, released in 2000, returned to the series' roots by revisiting a more traditional Final Fantasy setting rather than the more modern worlds of VII and VIII.

Community content is available under CC-BY-SA unless otherwise noted.